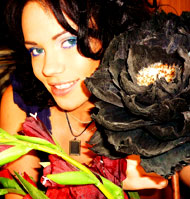 Alexander Netuanef, Director of the scientific technopole of MOSCOW gives a gold diploma for the creation of the Belt Stones! In April 2015, Energy’s Stones received the bronze medal for the Ankle Bracket at the Geneva Innovation Fair. 2014 – Diploma at the Innova fair in Brussels

On November 15, 2014, five diplomas were awarded at the Innova exhibition in Brussels for energysstones jewelry, including that of Belgium, and the gold medal was awarded by Europe France Inventeurs. Energy’s Stones receives the gold medal at the Geneva International Exhibition of Inventions and Innovations on April 4, 2014 The jury of the Geneva International Exhibition of Inventions